Bangladesh is an important tea producing country. Its tea industry dates back to British rule when the East India Company initiated the tea trade in Chittagong in 1840. Today, the country has 172 commercial tea estates, including many of the world's largest working plantations. The industry accounts for 3% of global tea production and employs more than 4 million people. Robert Bruce first discovered a tea plant in Assam in 1834. In 1855, an indigenous tea plant was discovered in Chandkhani hillock of Sylhet. At about the same time, wild tea plant was found along the Khasi and Jaintia hills. Tea cultivation also started in Chittagong in 1840 with few plants imported from China and some plants of China origin developed in the Calcutta Botanical Garden. The first tea garden of Bangladesh was established in 1854 at Malnichhara in Sylhet. Two other tea gardens, Lalchand and Matiranga were established in 1860.

Ispahani:
The Ispahanis have been involved in the business in South Asia since 1820. Mirza Mohammed Ispahani established the Calcutta office of M.M. Ispahani & Sons in 1900. Mirza Mohammed Ispahani’s eldest son, Mirza Ahmed Ispahani, joined the partnership in 1918 and, with his younger brothers, Mirza Abol Hassan Ispahani and Mirza Mahmood Ispahani, established the private limited company, M.M. Ispahani Limited, in 1934. In 1947 the corporate Head Office was moved to Chittagong, where it stands today. With corporate offices in Chittagong, Dhaka and Khulna and, through its tea, textile, jute, property, poultry and shipping divisions, the Group employs approximately 10,000 people.

The Ispahani Group is a pioneer in many fields and remains one of the most successful and respected business houses in Bangladesh. It is the largest tea trading company in the country and dominates the domestic tea market, capturing approximately 50% of the national branded tea market and 80% of the branded tea-bag market. Ispahani Tea is renowned all over Bangladesh and its best selling brands such as Mirzapore Best Leaf and Mirzapore Double Chamber Tea Bags are household names.

Kazi & Kazi Tea:
Kazi & Kazi Tea Estate Ltd. is the only internationally-certified organic tea grower in Bangladesh. Our garden is located in Tetulia, in the northernmost district of Panchagarh, Bangladesh, only 50 km south of Darjeeling. They were inspired to produce high-quality organic teas to meet the growing demands of both local and foreign markets.

Kazi & Kazi Tea Estate Ltd. started its journey in 2000. They acquired virgin lands which had never before been used for cultivation. After extensive research and consultation with the Bangladesh Tea Board, plantation began on August 6, 2000. KK Tea entered the local market in 2006. It is esteemed to be the highest valued tea in Chittagong tea auction since 2006. Their garden produces only organic tea, manufacturing bio-fertilizers, and bio-pesticides on-site with only natural and organic means. 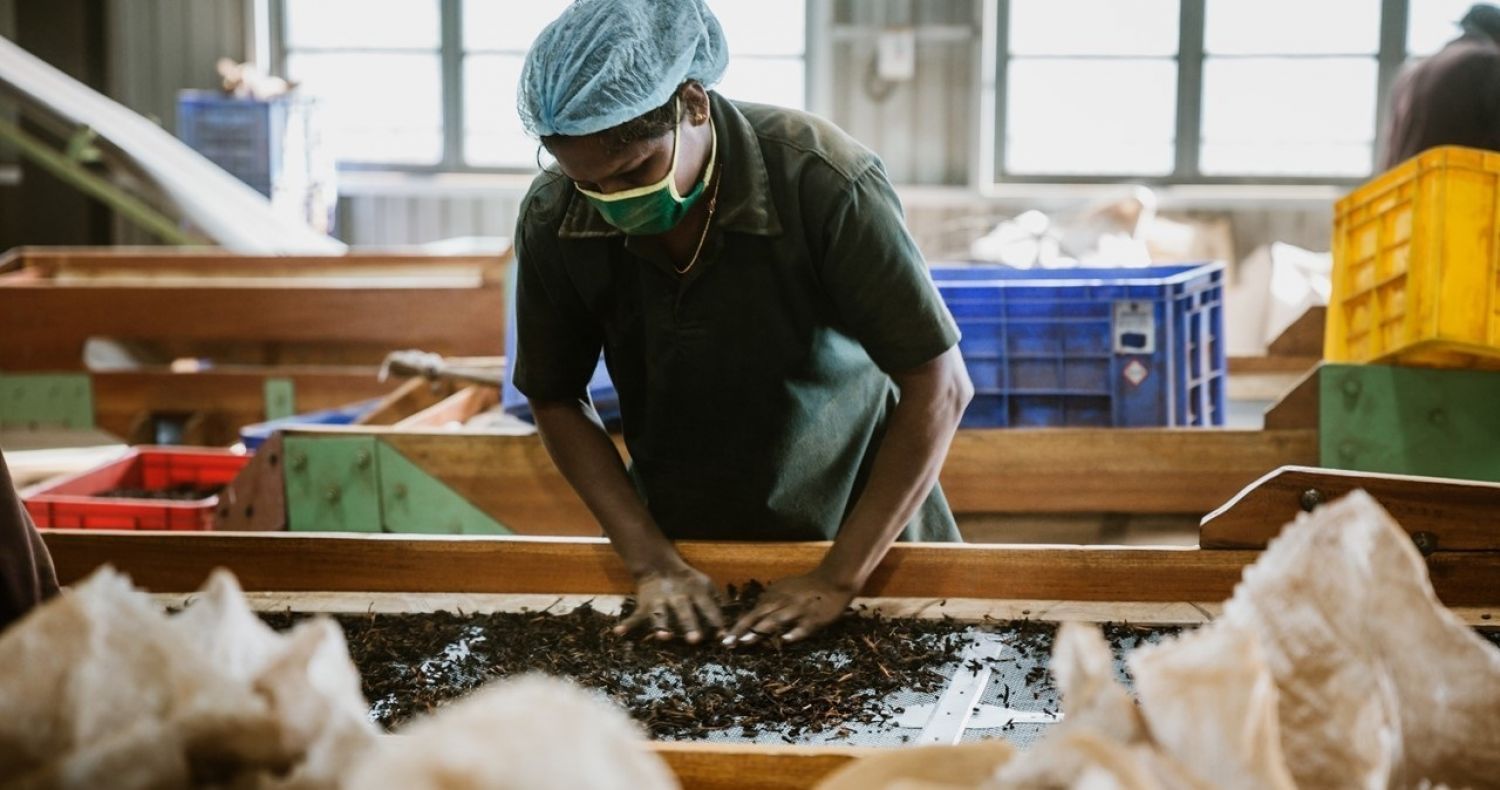 National Tea Company Limited is a Public Limited Company formed in the year 1978. The government and its financial organizations hold major shares of the company. It has 12 (Twelve) Tea Estates having 10,949.58 hectares of land, out of which more than 50% area is under tea plantation. NTC is one of the major tea producing companies in Bangladesh, the annual average production of tea is about 5.20 million kgs. Teas are being sold through Chittagong Auction Market. There are about 12,500 permanent labors, 400 subordinate staff and 60 executives are working in the company.

Duncan Brothers (Bangladesh) Limited:
Duncan Brothers is a Camellia Plc group company, which in addition to Bangladesh has investments in the UK, India, Brazil, South Africa, Kenya, Malawi, Switzerland, the US, the Netherlands, and Bermuda. The investments are diversified, however, agriculture and horticulture is Camellia’s core business. Camellia produces nearly 80 million kgs of tea which makes it one of the world's largest and the most geographically diversified producers of tea in the private sector. "Camellia sinensis", the tea plant, is of major commercial importance as tea is made from its leaves.

It is an exquisite name, for a remarkable gift of nature, both in terms of aesthetic beauty and the multiple benefits derived from the bush. The name in essence also reflects the Group’s philosophy and objectives where humane considerations are equally important as its business. This is what makes the Group unique with a long history of 150 years in the subcontinent. The primary and overall strategic direction of the Group has always been to be an asset based agricultural company with a focus on the long term.

Tea is one of the most popular drinks in the world population. Now, different companies are trying to increase their value added products like cold tea, ice tea, lemon tea, etc. so that tea can be supplements like cold drinks. Most of the effort has been successful for those who attempt to for this. But most of the countries like Bangladesh, Kenya, and Zimbabwe failed to adapt to the new adaptation of technologies.
For this reason, they failed to generate the optimum quantity of tea to compete with the other global tea producing forces. The way this drink getting popularity, the production of such items failed to meet the requirements. Finally, these analyses are helping us to depict the real pictures of world tea demands, productions, exports, and imports.

A multinational company is a business that operates in many different countries at the same time. In other words, it’s a company that has business activities in more than one country. From that perspective in Bangladesh, we can see so many multinat

These are the 5 Countries in the world without any Airport

Below mentioned are five independent states in the world that do not have airports, but there is at least one heliport, and the list is all small European countries - Andorra, Liechtenstein, Monaco, San Marino, and Vatican City.Andorra: Although

What is Lead Time ?

lead time is a time given by the manufacturer. Most buyers can be fixed up lead time. So now we go for what is lead time, it is a time period to get the post products or manufactured products. I am giving an example which will make a more clear conce

1.) My son is now an ‘entrepreneur’. That’s what you’re called when you don’t have a job. – Ted Turner 2.) Leadership is a potent combination of strategy and character. But if you must be without one, be without the strategy. –Norm

Chinese brand Huawei is updating its own operating system. The BBC reports that users in the Asia region will be able to use the HarmonyOS operating system. Huawei was in turmoil after the United States read Donald T...