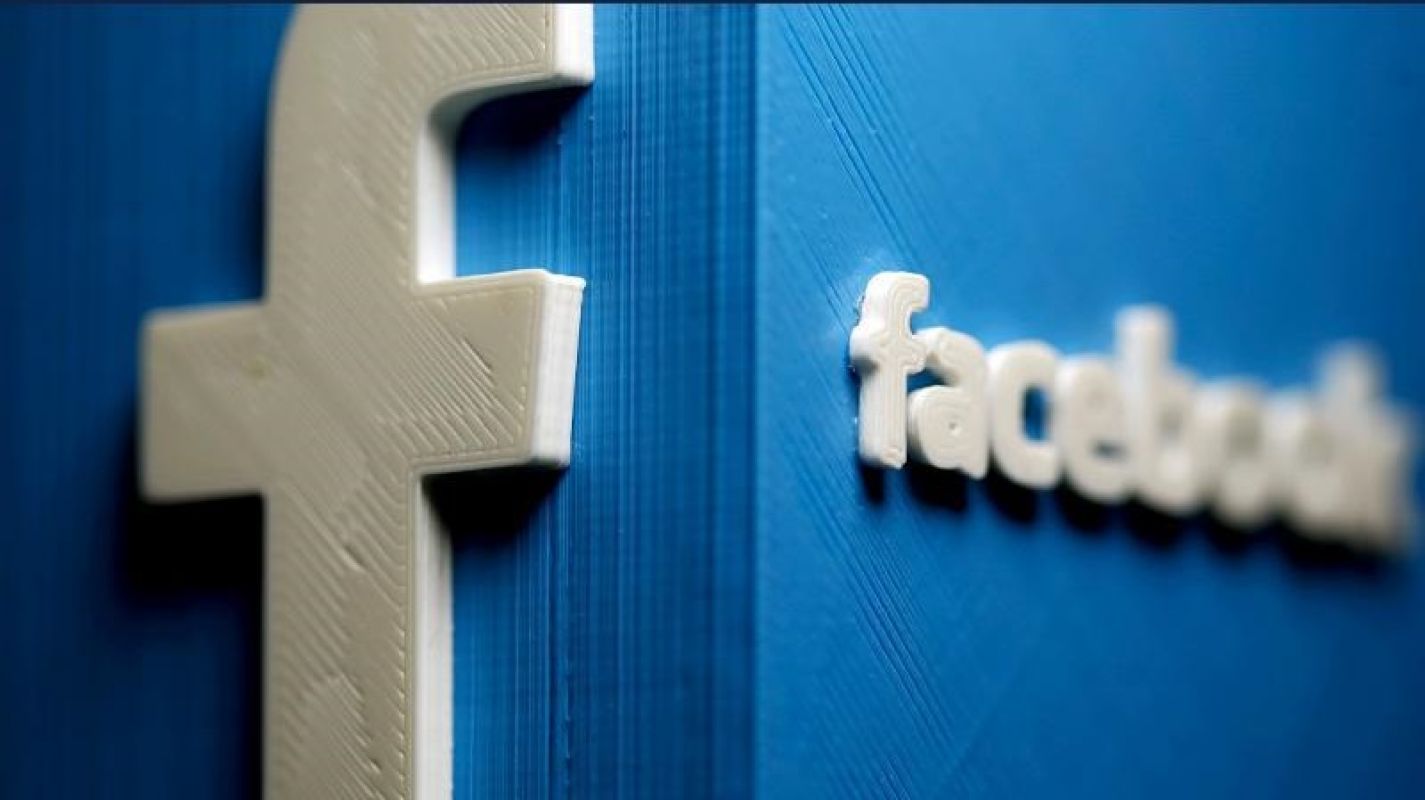 Facebook said it will shut down its face-recognition system and delete the faceprints of more than 1 billion people amid growing concerns about the technology and its misuse by governments, police, and others.
''This change will represent one of the largest shifts in facial recognition usage in the technology's history,'' Jerome Pesenti, vice president of artificial intelligence for Facebook's new parent company, Meta, wrote in a blog post on Tuesday. ''Its removal will result in the deletion of more than a billion people's individual facial recognition templates.''
He said the company was trying to weigh the positive use cases for the technology ''against growing societal concerns, especially as regulators have yet to provide clear rules.''
Facebook's about-face follows a busy few weeks. On Thursday it announced its new name Meta for Facebook the company, but not the social network. The change, it said, will help it focus on building technology for what it envisions as the next iteration of the internet ― the ''metaverse.''
The company is also facing perhaps its biggest public relations crisis to date after leaked documents from whistleblower Frances Haugen showed that it has known about the harms its products cause and often did little or nothing to mitigate them. 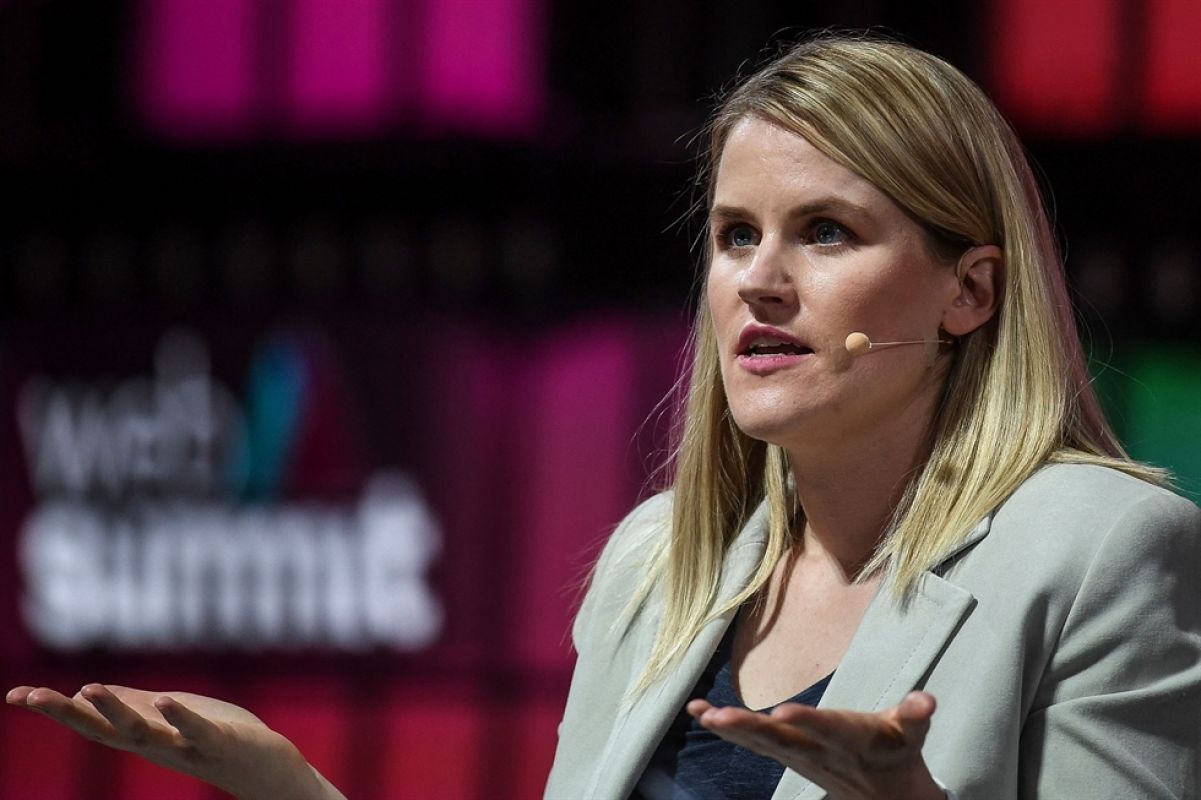 Facebook whistleblower Frances Haugen delivers a speech on the opening day of the Web Summit in Lisbon, Nov. 1. AFP-Yonhap
More than a third of Facebook's daily active users have opted in to have their faces recognized by the social network's system. That's about 640 million people. But Facebook has recently begun scaling back its use of facial recognition after introducing it more than a decade ago.
The company in 2019 ended its practice of using face recognition software to identify users' friends in uploaded photos and automatically suggesting they ''tag'' them. Instead, it replaced the tag suggestion with a broader facial recognition tool, which identifies people's faces in photos for various uses, not just tagging. The company was sued in Illinois over the tag suggestion feature and agreed to pay $550 million as a result.
The decision to end the use of facial recognition ''is a good example of trying to make product decisions that are good for the user and the company,'' said Kristen Martin, a professor of technology ethics at the University of Notre Dame. She added that the move also demonstrates the power of regulatory pressure, since the face recognition system has been the subject of harsh criticism for over a decade.
Meta Platforms, Facebook's parent company, appears to be looking at new forms of identifying people. Pesenti said Tuesday's announcement involves a ''company-wide move away from this kind of broad identification, and toward narrower forms of personal authentication.''
''Facial recognition can be particularly valuable when the technology operates privately on a person's own devices,'' he wrote. ''This method of on-device facial recognition, requiring no communication of face data with an external server, is most commonly deployed today in the systems used to unlock smartphones.''
Researchers and privacy activists have spent years raising questions about the tech industry's use of face-scanning software, citing studies that found it worked unevenly across boundaries of race, gender or age. One concern has been that the technology can incorrectly identify people with darker skin.
Another problem with face recognition is that in order to use it, companies have had to create unique faceprints of huge numbers of people ― often without their consent and in ways that can be used to fuel systems that track people, said Nathan Wessler of the American Civil Liberties Union, which has fought Facebook and other companies over their use of the technology.
''This is a tremendously significant recognition that this technology is inherently dangerous,'' he said.
Concerns also have grown because of increasing awareness of the Chinese government's extensive video surveillance system, especially as it's been employed in a region home to one of China's largely Muslim ethnic minority populations.
At least seven states and nearly two dozen cities have limited government use of the technology amid fears over civil rights violations, racial bias and invasion of privacy. Debate over additional bans, limits and reporting requirements has been underway in about 20 state capitals this legislative session, according to data compiled by the Electronic Privacy Information Center in May of this year.
Meta's newly wary approach to facial recognition follows decisions by other U.S. tech giants such as Amazon, Microsoft and IBM last year to end or pause their sales of facial recognition software to police, citing concerns about false identifications and amid a broader U.S. reckoning over policing and racial injustice.
President Joe Biden's science and technology office in October launched a fact-finding mission to look at facial recognition and other biometric tools used to identify people or assess their emotional or mental states and character. Biden has also nominated a fierce critic of facial recognition practices, law professor Alvaro Bedoya, to be an FTC commissioner. Bedoya, who founded Georgetown Law School's Center on Privacy and Technology, has led groundbreaking research into how the technology can discriminate against minorities and infringe on civil rights.
While the Biden administration has not issued any policy statements on facial recognition, the Bedoya nomination suggests concern. Bedoya was staff counsel to former Minnesota Sen. Al Franken, who in 2012 convened the first Senate hearing on the risks of Facebook's use of facial recognition.
European regulators and lawmakers have also taken steps toward blocking law enforcement from scanning facial features in public spaces, as part of broader efforts to regulate the riskiest applications of artificial intelligence.
Facebook's face-scanning practices also contributed to the $5 billion fine and privacy restrictions the Federal Trade Commission imposed on the company in 2019. Facebook's settlement with the FTC after the agency's yearlong investigation included a promise to require ''clear and conspicuous'' notice before people's photos and videos were subjected to facial recognition technology. (AP)
Category and Tags
Technology Facebook, Face-Recognition System
Like 1 Comment0 Share