It is to be informed that Biman Bangladesh Airlines Limited has been approved to operate direct flights with Japan.

The flight’s transit route was arranged as (Japan-Narita-Dhaka). Interval airport will be Narita and the interval/Transit time yet to declare. Increasing business opportunities and tourist movement, two countries decided to start this direct flight.

“Biman now has 15 aircraft, including three brand new Boeing 787 Dreamliners. It is capable of operating direct flights on this route. Presently, there are more than 270 Japanese companies operating in Bangladesh, which is 50 percent higher than five years ago.

Bangladesh’s export earnings from Japan have seen an 11.73 percent rise to $1.13 billion in FY18, according to data of the Export Promotion Bureau.

“As Bangladesh’s economy is growing, we encourage Japanese companies to invest here, especially small and medium industries,” he said.

During Prime Minister Sheikh Hasina’s visit to Japan in late May this year, the two countries signed a $2.5 billion deal as official development assistance to fund several infrastructural projects in Bangladesh. 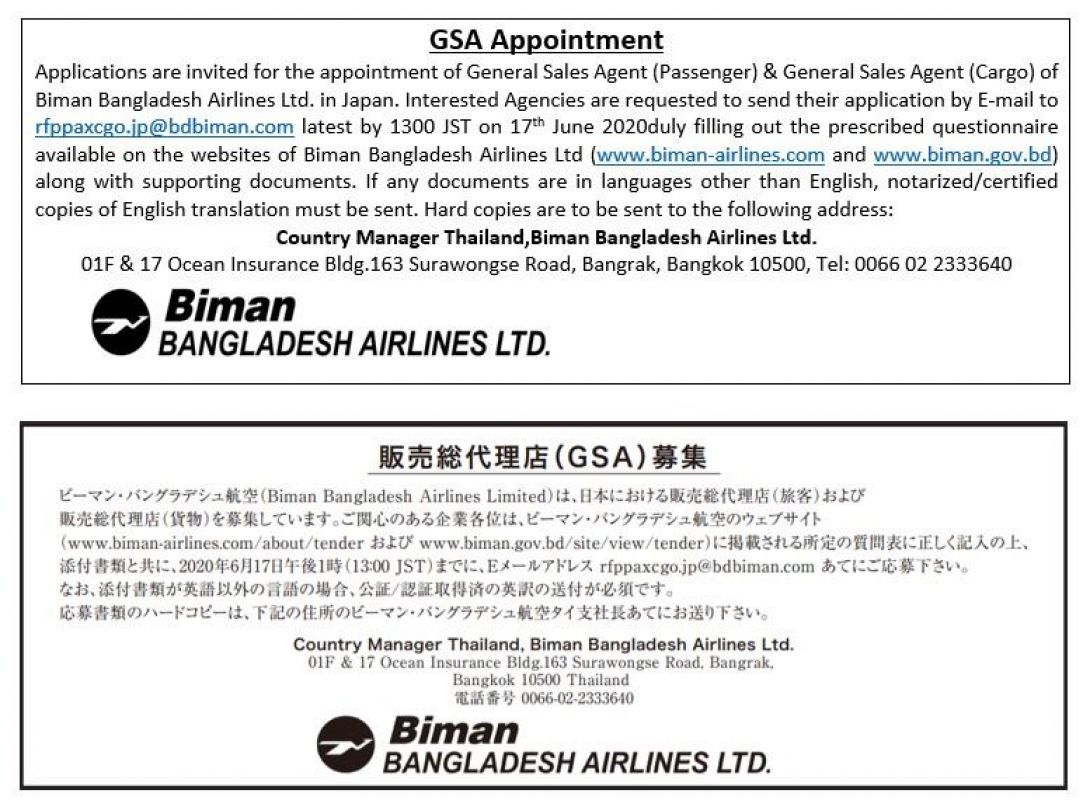