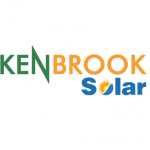 What is Solar Power Plant?

This system consists of an arrangement of several components including solar panel to absorb and convert sunlight into electricity, solar inverter to change the electricity from DC to AC as well as monitoring the system, solar battery and other solar accessories to set up a working system.