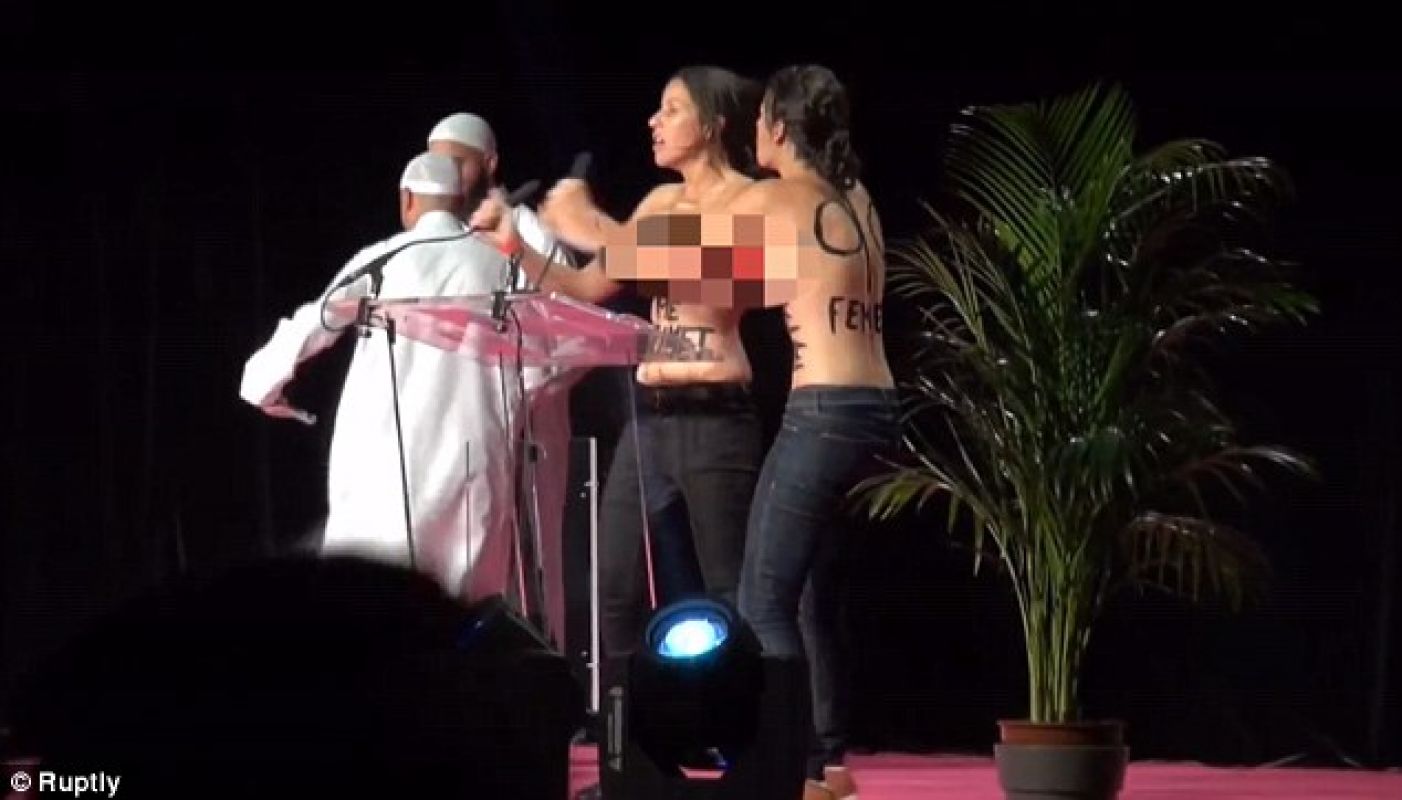 Shocking moment two topless feminist protestors storm Muslim conference - before they are dragged off and kicked on the floor The two women ran on stage, grabbed the microphone, and punched the air as the two imams they interrupted retreated in shock and discomfort.

Reports claim that the two imams were addressing in their lecture the issue of whether men are allowed to beat their wives or not, according to Islam’s teachings. It has been suggested the women belong to the controversial feminist group, Femen. Both of the activists had messages emblazoned on their bare bodies in black marker- a hallmark of previous Femen protests.

One of the messages is believed to translate to: "Nobody makes me submit"- a reference to the Islamic idea of 'submission'.Security guards soon hauled the women off stage with more men, possibly organizers of the event, joining in. Shockingly, it appears that one of the men kicks an activist as she is being dragged along the ground.

The women's identities are not yet known but the stunt is suspected to have been the work of Femen. This is not the proper way to show protest and this was not a normal approach. Craziness and nakedness cannot be a smart way. Islam is a religion of peace not for the crowd.