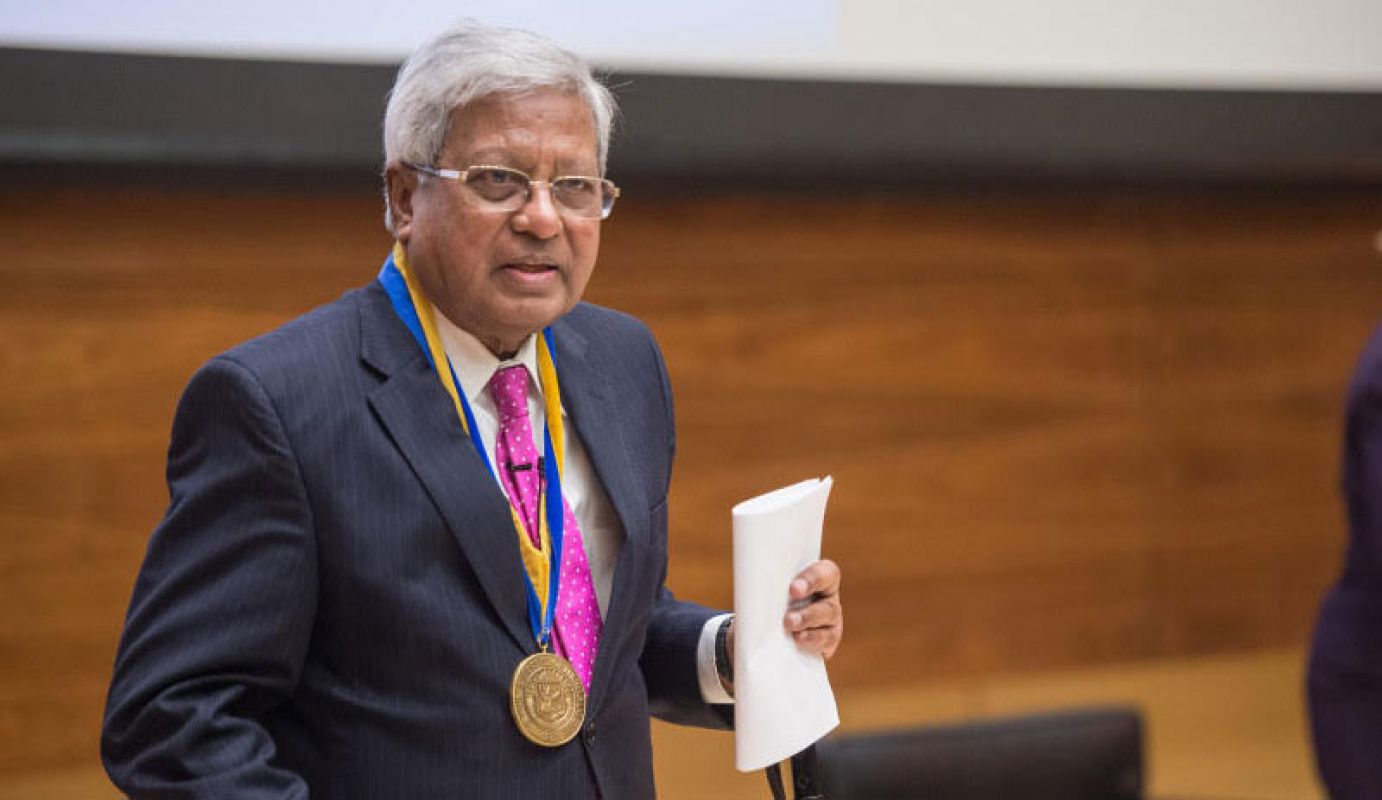 Sir Fazle Hasan Abed, KCMG, founder and chairperson of BRAC, was given the Thomas Francis, Jr. Medal in Global Public Health award by the University of Michigan. Mark Schlissel, president of the University of Michigan presented the medal at a ceremony at the Ross School of Business on April 6, 2016. Sir Fazle has been recognised for his advancement of global public health and work to establish a healthier future for people living in poverty worldwide.
The medal, periodically awarded to a global leader whose work addresses the most pressing global health challenges, honours the legacy of the University of Michigan epidemiologist who mentored Dr Jonas Salk in his development of the polio vaccine."It is indeed a great honour to receive the Thomas Francis, Jr Medal in Global Public Health," said Sir Fazle at the award ceremony.
"It gives me tremendous pleasure and I thank the University of Michigan for bestowing this prestigious award on me." "In global development, it is not a lack of new and bright ideas that are impeding progress but rather our ability to implement these ideas well, effectively and at scale," said Sir Fazle. "There is much excitement today about the potential of new technology to end human poverty. This can make us forget that many solutions already exist.
We can reach millions more today by focusing less on 'what' and more on 'how'." In the 1970s, BRAC pioneered a new approach to treating diarrheal disease in Bangladesh. Known as Oral Rehydration Therapy (ORT), BRAC reached 12 million mothers almost entirely through person-to-person education, revolutionising health delivery in the country.
Bangladesh now has the world's highest ORT usage rate, providing a case study in how to do a good thing better. In addition, between 1990 and 2011, Bangladesh saw a two-thirds reduction in mortality rates for children under the age of five. As a result, the country met the 2015 health standard set by the United Nations. Today, BRAC breaks the cycle of contamination caused by limited access to toilets, latrines and safe water sources, especially in rural areas.
Nearly one in three people worldwide – 2.5 billion – don't have access to adequate sanitation and nearly one in nine people – 800 million – don't have access to clean water. By focusing on innovation, technical assistance, and community-based education, BRAC water and sanitation for health (WASH) committees have reached 38 million people, largely in rural areas of the country.
Source: brac.net
Preveius Address: Sir Fazle Hasan Abed Received Thomas Francis, Jr. Medal
Category and Tags
Entrepreneur Sir Fazle Hasan Abed, Fazle Hasan Abed Received Thomas Francis, Jr. Medal, Thomas Francis
Like 0 Comment0 Share