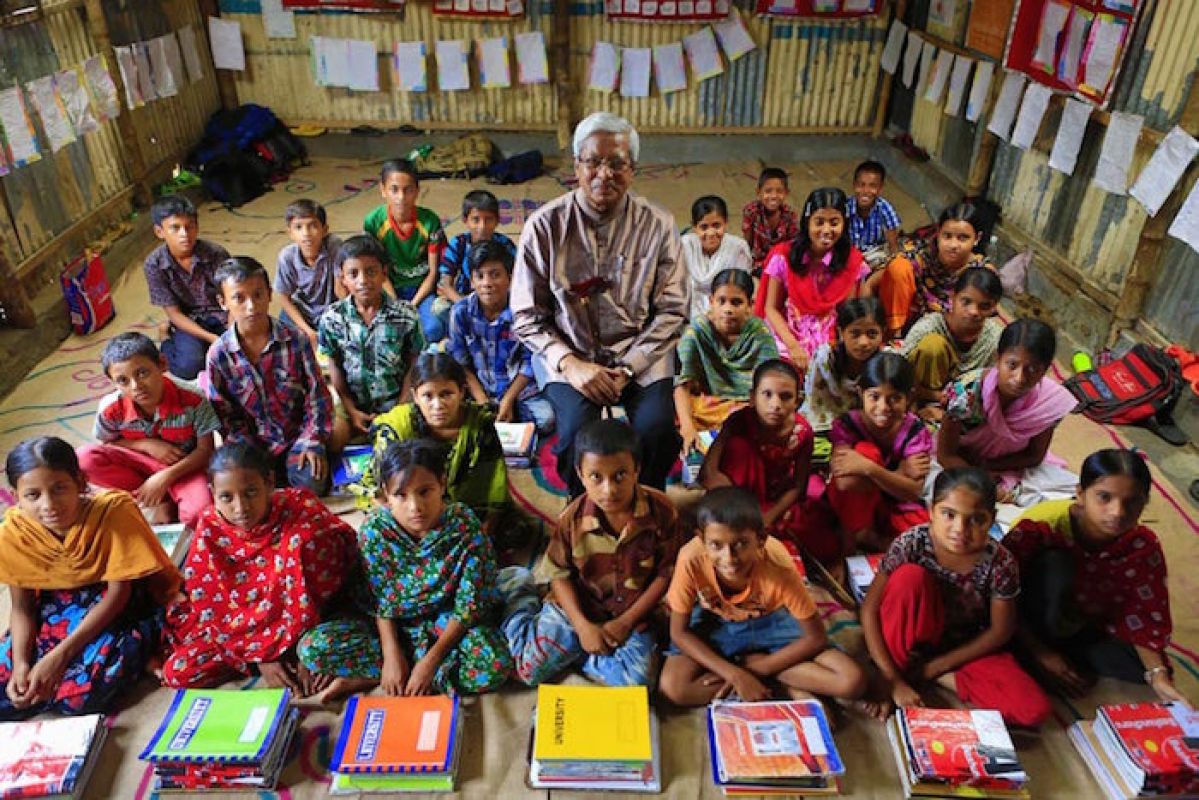 Sir Fazle Hasan Abed of Bangladesh has been chosen as the winner of The World Food Prize 2015 for his “unparalleled” work on reducing poverty in many countries across the world. Sir Abed created“the most anti-poverty organization in the world“. BRAC, Abed’s organization founded in 1972, stands for the Bangladesh Rural Advancement Committee.

BRAC was created to help alleviate Bangladesh from economic struggles brought on by a war with Pakistan and destruction from a tropical cyclone. Since its inception, BRAC has blossomed into the largest nongovernmental organization on the planet. BRAC has grown into one of the world's largest nongovernmental organizations focused on alleviating poverty — estimated to have helped more than 150 million people out of poverty in Africa and Asia and is expanding efforts to 10 additional countries.

Agriculture Secretary Tom Vilsack announced the prize on Wednesday at the State Department in Washington.

The World Food Prize was created by Nobel laureate Norman Borlaug in 1986 to recognize scientists and others who have improved the quality and availability of food. The foundation that awards the $250,000 prize is based in Des Moines, Iowa. World Food Prize President Kenneth Quinn said the ability of Abed, who was knighted in London in February 2010, to successfully transition BRAC into a global relief organization was the key to his win.

"What distinguishes him is the incredibly difficult environment in which he has built now the largest, and some would say, the most effective and far-reaching nonprofit organization anywhere in the world with more than 100,000 employees," Quinn said. "It's his emphasis on reaching the very poor those who have great food insecurity and who face the most difficult path out of poverty." The initial focus of BRAC, Abed told the AP, was on alleviating high child and infant mortality rates by providing social services including health care.

He also saw the need to empower women and get them to see they could also contribute to the national economy, so he helped teach them to farm efficiently and grow surplus crops to sell. "Sir Fazle's and his organization's recognition that engaging women in STEAM fields — science, technology, engineering, agriculture, and math — benefits our local and global communities is a vision that we share at USDA," Vilsack said.

The United Nations Development Program reports Bangladesh has reduced poverty from 56.7 percent in 1991-1992 to 31.5 percent in 2010, the latest year data is available.

Abed explains this rationale in an article published by Agri-Pulse. He said, “In situations of extreme poverty, it is usually the women in the family who have to make do with scarce resources.

Only by putting the poorest, the women in particular, in charge of their own lives and destinies will absolute poverty and deprivation be removed from the face of the earth.” Abed’s thinking has been a clear success as BRAC has only become more effective in the 43 years it has been serving the poor around the world.