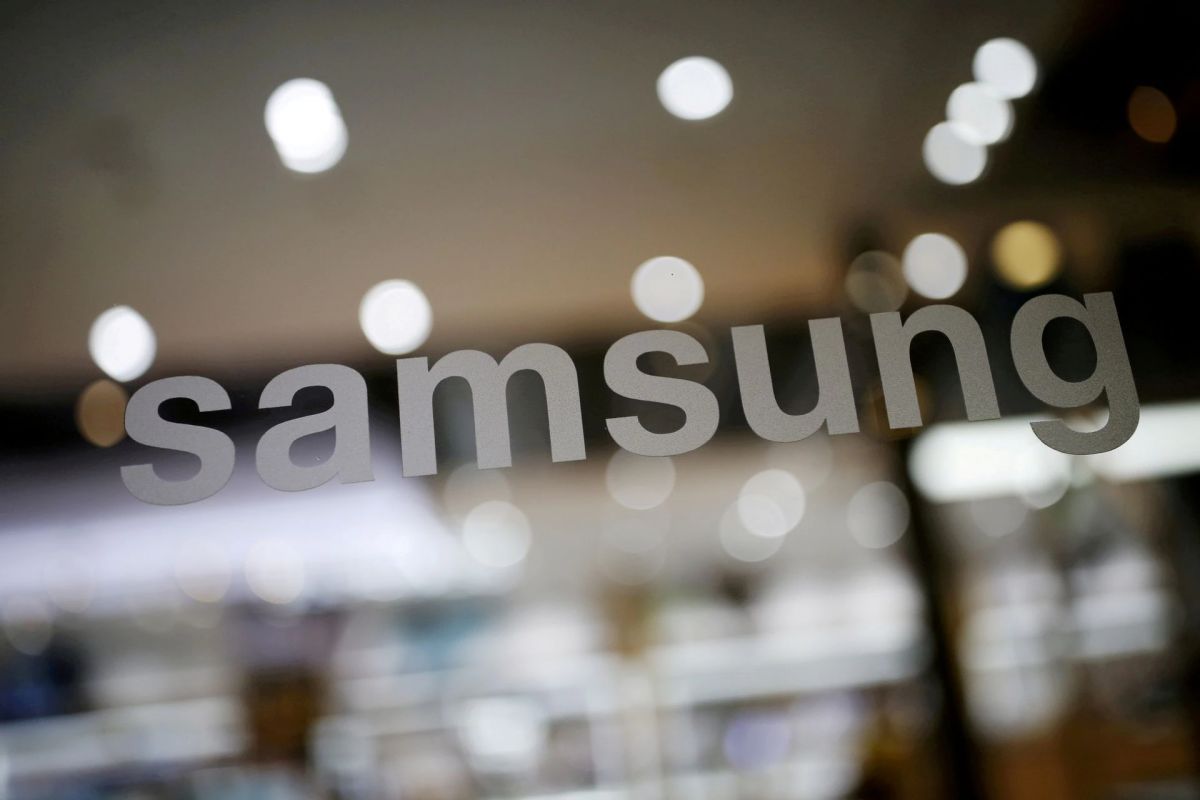 The logo of Samsung Electronics is seen at its headquarters in Seoul, South Korea, April 4, 2016. REUTERS/Kim Hong-Ji
Samsung Electronics Co Ltd snatched back the crown from Apple (AAPL.O) as the world's biggest smartphone producer, accounting for a fifth of overall global sales in the first quarter, market research firm Canalys said.
China's Xiaomi Corp clocked its best quarterly performance ever, with shipments surging 62% to 49 million phones and market share to 14%, taking it to the third position after Samsung and Apple.
Overall, global sales surged 27% to 347 million units in the first quarter as the Chinese economy opened up after the pandemic and a swift vaccine rollout in the United States raised hopes of an economic recovery.
South Korea's Samsung shipped 76.5 million smartphones in the quarter to grab a 22% share of the market, Canalys said. The company on Thursday reported a 66% surge in quarterly profit in its mobile business, thanks to robust sales of its flagship Galaxy S21 smartphone series.
Canalys said Apple shipped 52.4 million iPhones in the January-March period, falling to the second spot with a 15% market share after it wowed Chinese shoppers in the December quarter with its new 5G-enabled iPhone 12.
People upgrading to the new iPhone still drove sales, though, and the company said on Wednesday that overall sales to China nearly doubled.
Last year, people shopped for smartphones and gadgets as they stayed indoors because of the coronavirus pandemic, fuelling a global shortage in semiconductor chips that has roiled industries including autos and white goods.
"Supply of critical components, such as chipsets, has quickly become a major concern, and will hinder smartphone shipments in the coming quarters," Stanton said.
Apple said on Wednesday that the chip shortage could cost the company $3 billion to $4 billion in revenue in the April-June quarter, affecting primarily iPads and Macbooks.
March-quarter smartphone shipments for China's Oppo and Vivo brands also surged, Canalys said.
China's Huawei, the former No. 1 that remains shackled by U.S. sanctions, took seventh place with 18.6 million units after selling its Honor brand last year.
News Source: Reuters
Category and Tags
Technology Samsung
Like 0 Comment4 Share