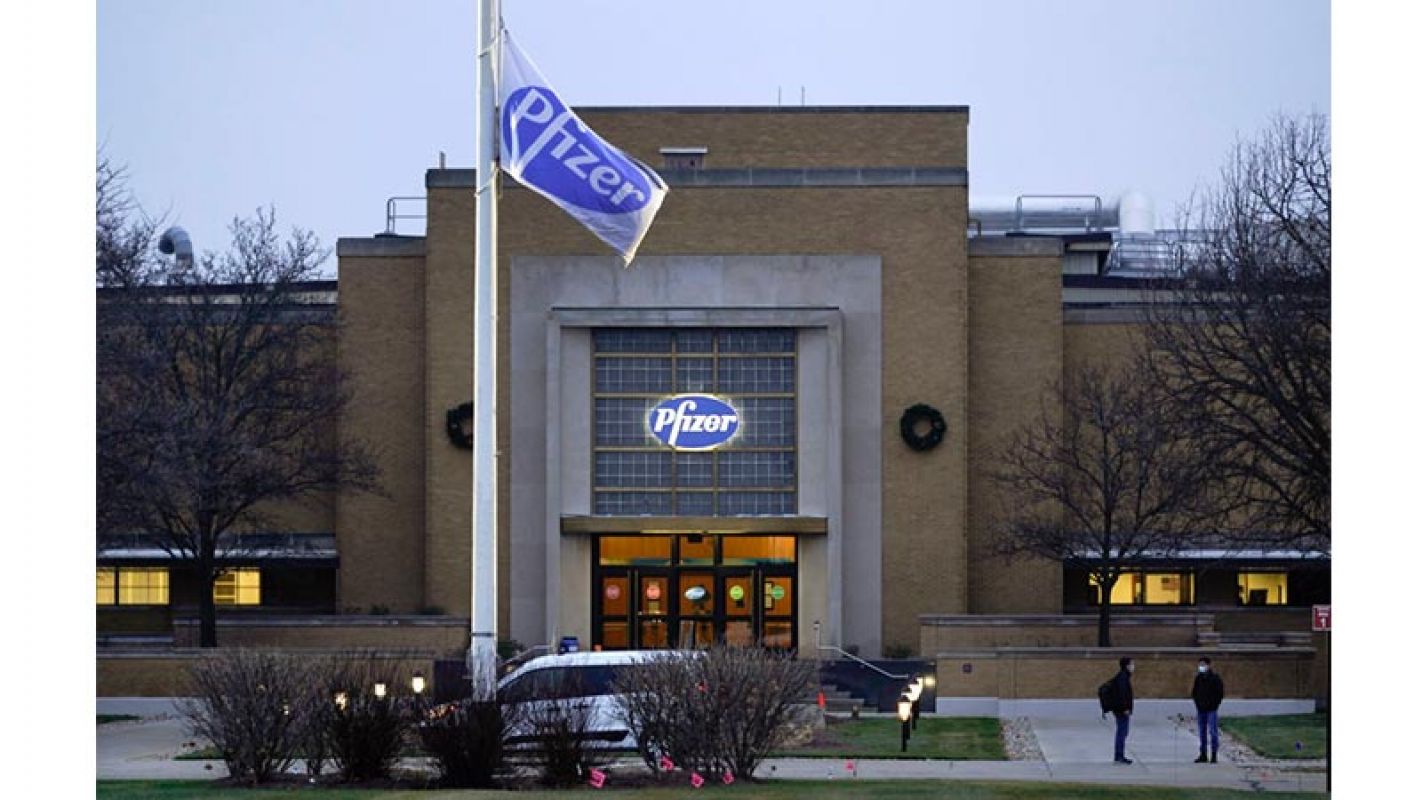 Photo: AP
Pfizer Inc. has forecast that it will sell 33.5 billion worth of vaccines in 2021. The company believes that people should also be given a third dose of the vaccine they have developed in collaboration with German partner Bioentech. This will strengthen the protection against the virus. Reuters.
Pfizer said it would apply for approval to use the booster dose for emergency use by next August. According to the data, the third dose is more effective in the fight against the virus. This is especially effective against fast-moving Delta variants.
"All in all, I think the third dose of the vaccine will strengthen the protection against viral infections," said Mikael Dolston, chief scientific officer of the pharmaceutical company. It will also play an effective role in preventing the spread of the virus. He added that studies have shown that antibody activity increases 100-fold after the third dose of vaccine is administered.
Pfizer also published a study on the effectiveness of ticks. There, it is said, the effectiveness of the vaccine decreases over time. Four months after taking the second dose, the efficacy drops from 96 percent to 84 percent.
Earlier this month, Pfizer applied to the US Department of Health for approval of a third-dose vaccine. However, they have to face criticism for this. The regulator says no research has yet been found on the need for booster doses. Scientists at the U.S. health agency think a third dose of the vaccine could be approved for people with low immunity.
However, whether the booster is vaccinated or not, in 2021, Pfizer's sales will increase much more than before. They have set a target of producing 300 crore doses of vaccine this year. Since last December, the company has supplied 1 billion doses of vaccine to various countries around the world. So far, Pfizer has shared all the dividends with Bioentech.
The Pfizer vaccine has been approved in the United States, Europe, and other parts of the world since December last year. The demand has increased this year. Pfizer is becoming increasingly popular, especially due to problems with the production and protection of rivals AstraZeneca and Johnson & Johnson. They also have to compete with the modern in the United States. Moderna, on the other hand, is able to produce faster and in larger quantities. The U.S. The Food and Drug Administration recently asked Modern to emphasize testing for anti-covid vaccines in children.
Last week, Johnson & Johnson said it would sell 2.5 billion worth of anti-Kavid vaccines this year. At the same time, Modern predicts that vaccines will sell for 1 thousand 920 crores.
Meanwhile, Pfizer and Bioentech are conducting joint research. The new variant of the corona, Delta Prevention, will begin trial next month, they said. The first batch of this vaccine has already been produced.
Category and Tags
Business Insider Pfizer, Pfizer Vaccine, Pfizer Vaccine Forecast
Like 0 Comment0 Share
Add a comment

The Bangladeshi economy is expanding rapidly and the number for working people demand is increasing. Many new startups and multinational companies are expanding here. In Bangladesh full-time jobs were a popular emplo...

NASA Will Fly Electric Taxi in the Sky

The US space agency NASA will fly an electric taxi in the sky this time. Recently, its testing has also started. They will decide on this soon. NASA will conduct this special test till September 10. NASA has named this special project Testing Electri

Tim Cook has completed 10 years as the CEO of US technology giant Apple. And for this, he has got 5 million shares of Apple. According to the US Securities and Exchange Commission (SEC), Tim Cook has sold most of his shares. He got about 750 million

The Ministry of Posts and Telecommunications has completed the process of blocking Pubji and Free Fire Games following the directions of the High Court. However, the games will take some time to stop completely, said the acting director-general of th

Facebook will Lend up to 50 Lakh Taka to Indian Businessman

Facebook has taken initiative to give loans to small traders. This is the first time in India that such a social media giant has taken such an initiative. Businesses and companies that regularly advertise on Facebook will be given loans.According to