Most popular film directors in Bangladesh 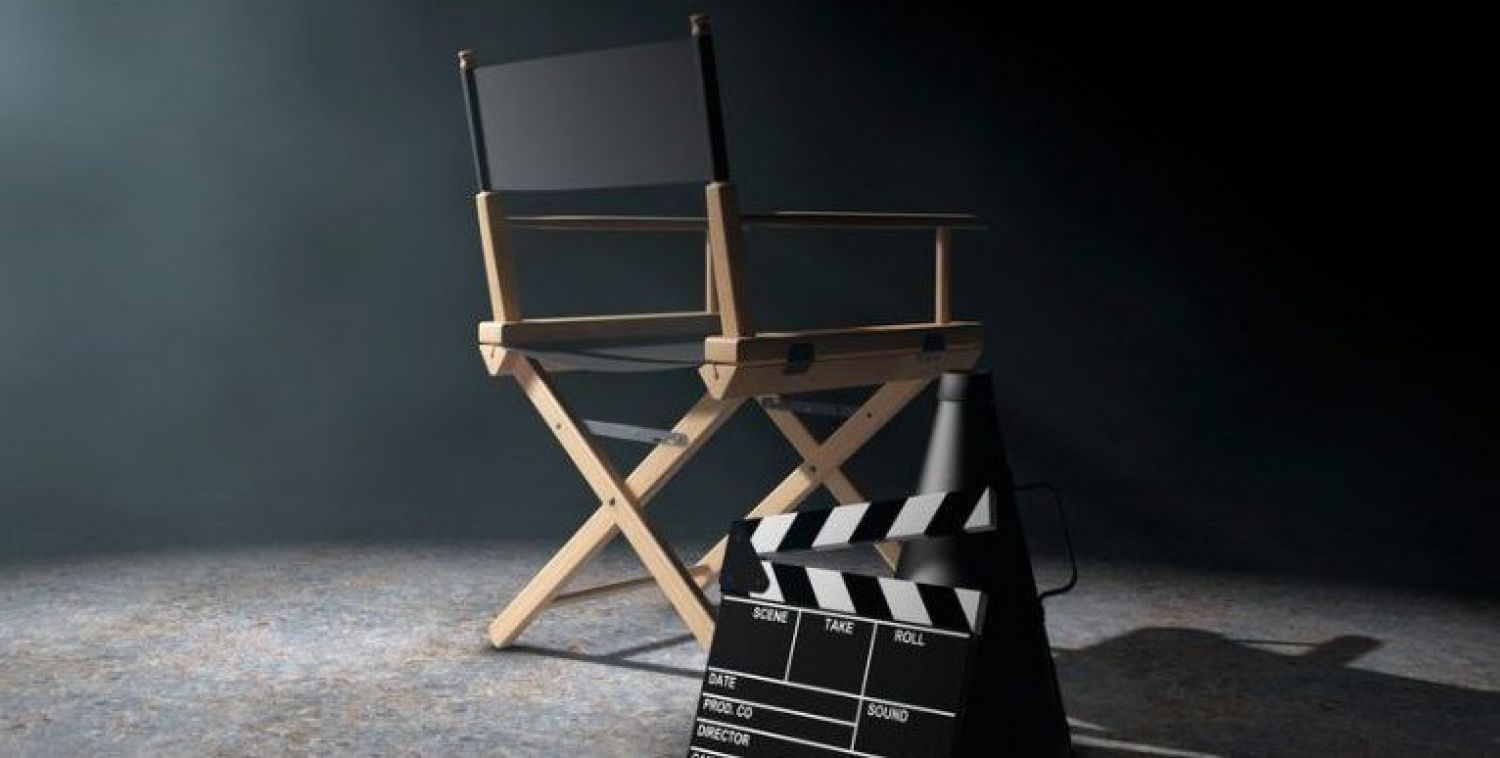 According to Walt Disney, “Movies can and do have a tremendous influence in shaping young lives in the realm of entertainment towards the ideals and objectives of normal adulthood”. He is unquestionably right. A film, similar to a book, can change your life. It can turn the way you think. It can improve your behavior, for there is an electrical thing about the film. It catches our visualization like no other.

The films we watch in childhood form our thoughts and influence us a lot. There have been a large number of films that are larger than life and coming of age. A movie is a fountain of thinking. When you create a movie you typically create a movie about a thought. A thought that has caught your psyche! Something you want to present the world. You present the world to look at things from a new point of view, from your point of view. Everything comes down to the director. Their job is very difficult.

To manage a lot of people on the sets, to mentor the on-screen characters, and to set the scenes, it requires outstanding foresight. Directors are responsible for the viewers, so they generally try to make credible films. Whether it is about romance or social awareness or action or biopic. This article is on the ten most popular Bangladeshi film directors. The list is given below.

He was one of the most talented Bangladeshi film directors and cultural activists. Three of his feature movies are featured in the "Top 10 Bangladeshi Films" list by the British Film Institute. he worked at the Swadhin Bangla Betar Kendra as the chief of its English section.

He also worked as the chief reporter of the Bangladesh government in exile. He started his directorial life with the making of documentaries. After the war of independence in 1971, he started making feature films. During 1981-82 Alamgir was the coordinator of the Film Appreciation Courses organized by the Film Institute, Government of Bangladesh. He died in 1989.

The list of his Feature films is given below:

He was a famous Bangladeshi movie director and producer. In his early age, he was a member of the theatre organization Krishti Sangha. After he left that job, he started to perform on radio programs in 1965. He directed and voiced popular radio dramas like Ramer Sumoti (1965), Socrates (1966), and Sokhina Birongona (1974).

Chashi started his career in visual media in 1964 when he had the opportunity to work on television programs through auditions. He worked as assistant director on the film Dui Digonto, directed by Obaidur Rahman. Later he assisted Fateh Lohani. He participated in the Bangladesh Liberation War in 1971. After the war, he made the first film on the subject of the liberation war, Ora Egaro Jon. He left his last breath in 2015.

Some of his famous Feature films are given below:

Some of his awards are given below:

He was one of the best Bangladeshi writers, dramatist, screenwriter, and filmmaker. At the beginning of the 1990s, Ahmed emerged as a filmmaker. He made eight movies that were based on his own novels. He gained six Bangladesh National Film Awards in different categories for the films Daruchini Dwip, Aguner Poroshmoni, and Ghetuputra Komola.

His first movie, Aguner Poroshmoni, based on the Bangladesh Liberation War, won the National Film Award in a total of eight categories, including the award for Best Picture and Best Director. His movies Shyamol Chhaya and Ghetuputra Kamola were selected as the Bangladeshi entry for the Academy Award for Best Foreign Language Film in 2006 and 2012 but were not nominated in short list. Ahmed also wrote songs for some of his own films and plays including "Ami Aaj Bhejabo Chokh Somudrer Joley", "Chadni Poshor Ratey", and "Amar Achey Jol". He left his last breathe in 2012.

The list of some of his awards is given below:

He was a notable Bangladeshi movie actor, director, producer, screenplay writer, music composer, and singer. He became famous for his role in the film Jibon Theke Neya (1970). In this film, his rendition of the song "E Khancha Bhangbo Ami Kemon Kore'' echoed the national psyche following the Bangladesh Liberation War.

He is a popular Bangladeshi film director, screenwriter and film producer. Farooki is known as one of the leading figures to bring modernism in Bangladeshi cinema. His films sometimes switch between a real and quasi-real world. The Hollywood Reporter wrote in the review of his film Television, “Mostofa Sarwar Farooki could be the next South-east Asian filmmaker to break out".

According to Variety's Jay Weissberg, "Mostofa Sarwar Farooki is a key exemplar of Bangladeshi new wave cinema movement". He is also the pioneer of an avant-garde filmmakers' movement called "Chabial". He has created a new trend in terms of presentation and direction in the early 2000. Farooki was one of the international jury of Asia Pacific Screen Award 2015.

She is the most famous female Bangladeshi film director, screenwriter and producer. Her debut movie as a director was Meghla Akash. After her debut movie, she directed some popular movies such as Megher Kole Rode (2008), Abujh Bou (2010), Putro Ekhon Poyshawala (2015) and Pous Maser Pirit (2016).

She gained twice the National Film Award for the Best Screenplay category for the film Meghla Akash and Abujh Bou. She is the first Bangladeshi woman to receive national and international film awards.

The list of her directed movies is given below:

He is a critically acclaimed Bengali movie director and author from Bangladesh. As a director he has made six full-length features and fourteen documentaries and short films, some of which have gained national and international awards. His feature films are "Nadir Naam Modhumati" (The River Named Modhumati), "Chitra Nodir Pare" (Quiet Flows the River Chitra), "Lalsalu" (A Tree without Roots), "Lalon", "Rabeya" (The Sister), and "Jibondhuli" (The Drummer).

Tanvir Mokammel’s famous documentaries are "The Garment Girls of Bangladesh", "The Unknown Bard", "Teardrops of Karnaphuli", "Riders to the Sunderbans", "A Tale of the Jamuna River", "The Promised Land", "Tajuddin Ahmad :An Unsung Hero", "The Japanese Wife", "Swapnabhumi" and mega-documentary "1971".

According to the audience and critics' polls conducted by the British Film Institute, his movies "Nadir Naam Modhumati" (The River Named Modhumati) and "Chitra Nodir Pare" (Quiet Flows the River Chitra) ranked second and third respectively in the list of 10 best Bangladeshi films. He won National Film Award three times. ( 1995, 1999, 2001)

He was a famous Bangladeshi independent movie director, movie producer, screenwriter and lyricist. He first gained success with the films Muktir Gaan (1995) and Matir Moina (2002), for which he won three international awards, including the International Critics' FIPRESCI Prize, in the Directors' Fortnight section outside competition at the 2002 Cannes Film Festival. The film was selected for Bangladesh's first film to compete for the Academy Award for Best Foreign Language Film. He died in a road accident in 2011.

He is an architect and actor, turned critically acclaimed director in cinema. He began his career as a lead-actor in romantic roles in the early 1980s. Many of his dramas were broadcast on BTV at that time. He completed a film diploma from New York Film Academy, 2002. He has created four feature movies. They are Joyjatra (2004), Rupkothar Golpo (2006), Daruchini Dwip (2007) and Oggyatonama (2016).

He was a famous Bangladeshi novelist, writer and movie director. He is famous for his documentary Stop Genocide, made during the Bangladesh Liberation War. His debut movie as an assistant was Jago Huya Sabera in 1957. He also assisted Salahuddin in the film Je Nodi Morupothay. The director Ehtesham also employed him in his movie A Desh Tomar Amar. In 1960 he made his first movie named Kokhono Asheni, which was released in 1961.

In 1964, he made Pakistan's first colour movie, Sangam. The effect of the Language Movement was so strong on him that he used it as the premise of his landmark film "Jibon Theke Neya". In 1971 he joined in the Liberation War of Bangladesh and created documentary films on the subject. During the war of liberation Raihan went to Calcutta, where his film "Jibon Theke Neya" was shown. His film was highly praised by Satyajit Ray, Mrinal Sen, Tapan Sinha and Ritwik Ghatak. He died in 1972.

Besides this list, there are some talented directors in our film industry such as Amitabh Reza Chowdhury, Akram Khan, Giasuddin Selim, Ashiqur Rahman and so on who are critically and commercially successful. In our country, we are not concerned about Bangladeshi good movies just because of lack of publicity. Now, we are depending on Indian movies for entertainment purposes. We should change our point of view about our film industry. We should go to the cinema hall to save our film industry and our culture.