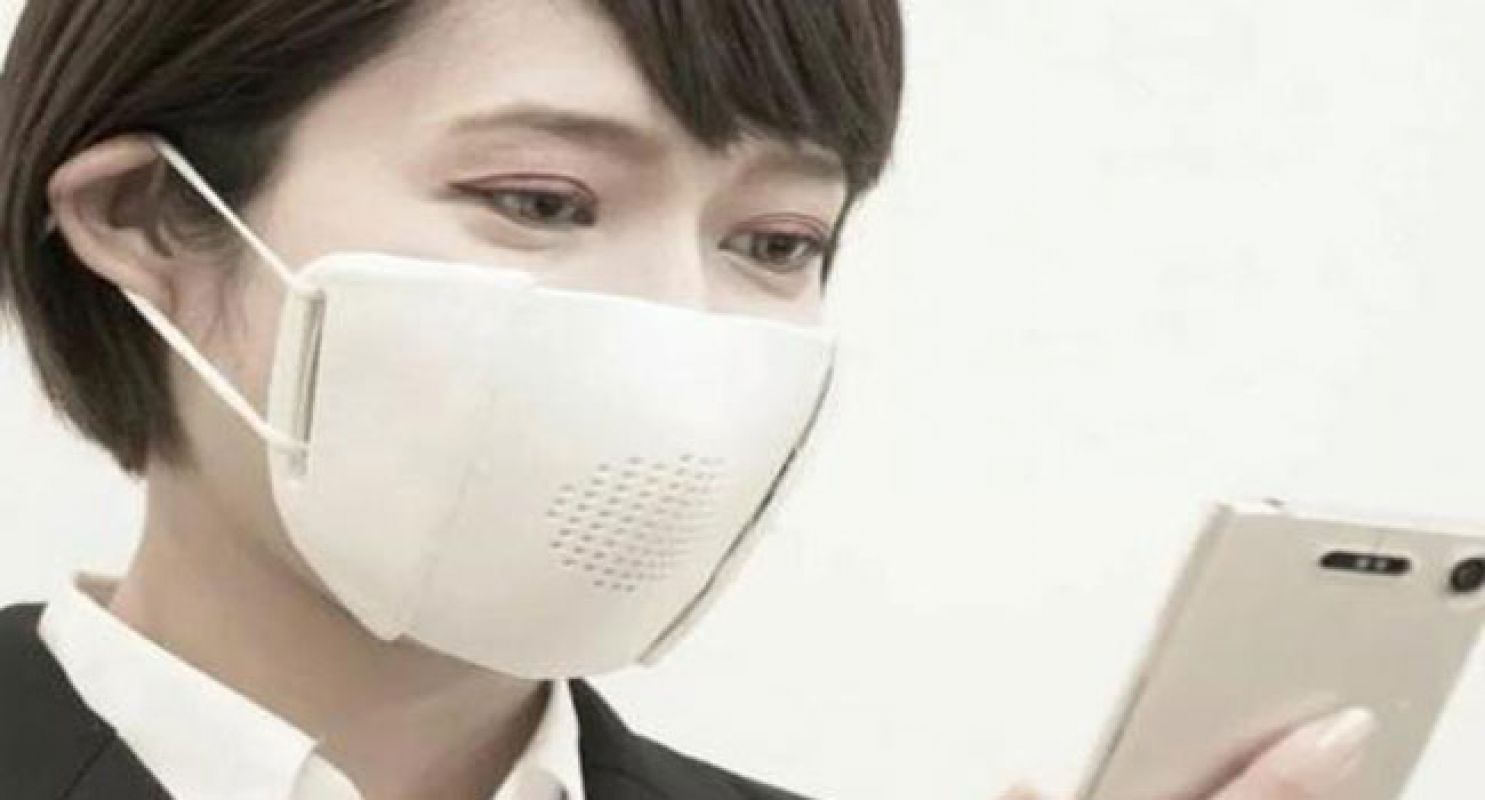 Experts say there is no substitute for avoiding infection in this pandemic which is created for covid-19 . So many companies have risen and fallen to capture the global market for masks. Not only is the 'invisible enemy' being thwarted, but technology is also being added to increase demand. Donut Robotics, a Japanese startup company, has created such a 'smart mask'. It can be linked to the Internet and Bluetooth, the company claims. This ‘smart mask’ has the special ability to send messages, phone, and even translate from Japanese into eight different languages. Price USD40.

How will this mask work? According to Donut Robotics, white masks can be worn on any mask. It can be connected to a smartphone or tab via Bluetooth. As a result, users will get multiple services including speech into text messages (meaning you don't have to write a message, the mask of this sophisticated technology will write it and send it to a specific place).

Not only that, but this smart mask will also solve the problem of reducing the voice while covering the face. Utilizing technology, it will greatly increase the user's voice.

Despite the current financial situation due to Corona, the market for this mask has brought a smile to the face of the company. "We've been working on a robot for a long time," Chief Executive Taisuke Ono said. A project of robot guides and translators at Tokyo's Haneda Airport also came to hand.

However, the spread of the corona infection made it difficult to run the company. Then the engineers of the company planned this fancy mask. Many of the technologies that were invented for robots also include smart masks. Great demand has been created in China, America, and Europe. The company is going to make and sell 5,000 C-masks by next September. Ono said the share price is also rising rapidly.

The company had planned to raise 6 million yen by selling shares. But in just 36 minutes, they raised 26 million yen. This figure is a big success in business growth.