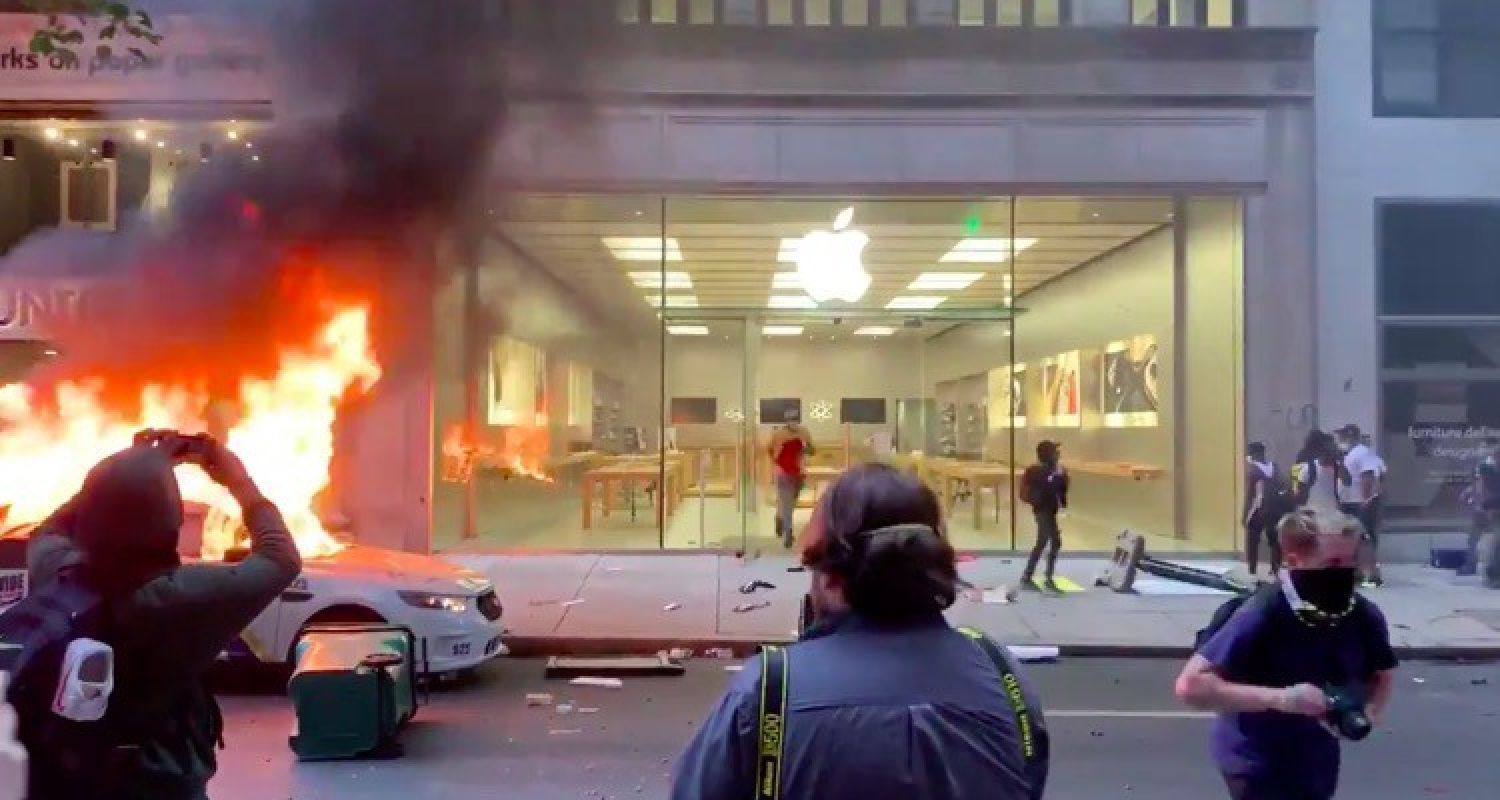 Protests continue across the United States over the killing of George Floyd in police custody. Some of them have been involved in violence as well as looting. iPhones have been looted from several Apple stores. Apple is disqualifying all the looted iPhones as well as giving special messages.

In a message spread through social media, Apple wrote on the screen of the looted iPhone that “A warning would be sent to the local authorities”.

Stores in New York, Los Angeles, Philadelphia, Portland, and Washington DC were broken into and looted, MarketWatch reports. Many people have taken different iPhones including iPhone 11 Pro Max priced USD 1,099. But Apple is not letting it go so easily.

A warning has surfaced on Reddit and Twitter of a stolen iPhone, warning of tracking the phone.

Showing a message on an iPhone stolen from a Philadelphia store, quickly return it to Apple Walton Street. It is being tracked invalid. The local administration will be alert. However, such messages are being shown in the demo devices that have been looted.

It was not immediately clear if the looted Apple laptops, tabs, and smartwatches were showing such messages.

Since 2016, Apple has been working with proximity software to deactivate and track any demo device outside the Apple Store.

Apple opened 100 stores in the US after the coronavirus outbreak However, when the looting started in some areas this week, it was stopped again.